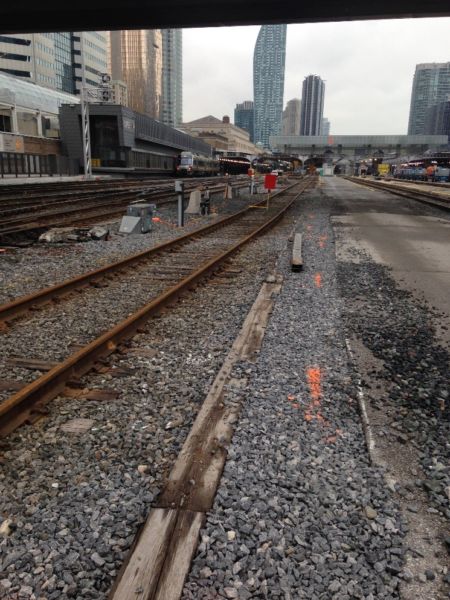 Track Protection / Flagging: A&B Rail Services has been awarded its second multi-year contract to provide track protection services for the Metrolinx Greater Toronto and Hamilton area in Ontario. The initial focus of our contract was to provide 75 trained and qualified employees to protect various civil works while Metrolinx’ commuter rail corridors and train services remain on schedule.  It is expected that the due to a multitude of new projects coming on stream at Metrolinx, the number of qualified flag persons will increase to over 140 employees

This safety-sensitive project is a prime example of A&B Rail Services expertise, capabilities, and commitment to Doing It Right. For the Greater Toronto and Hamilton Area, this means that tens of millions of GO Train commuters who rely on a scheduled commuter train services, will move safely and efficiently through the network with little or no delay while billions of dollars of construction projects are completed. For A&B Rail Services, it means another satisfied customer in our 50-year journey to become Canada’s largest, most-experienced and most sought-after rail services company.