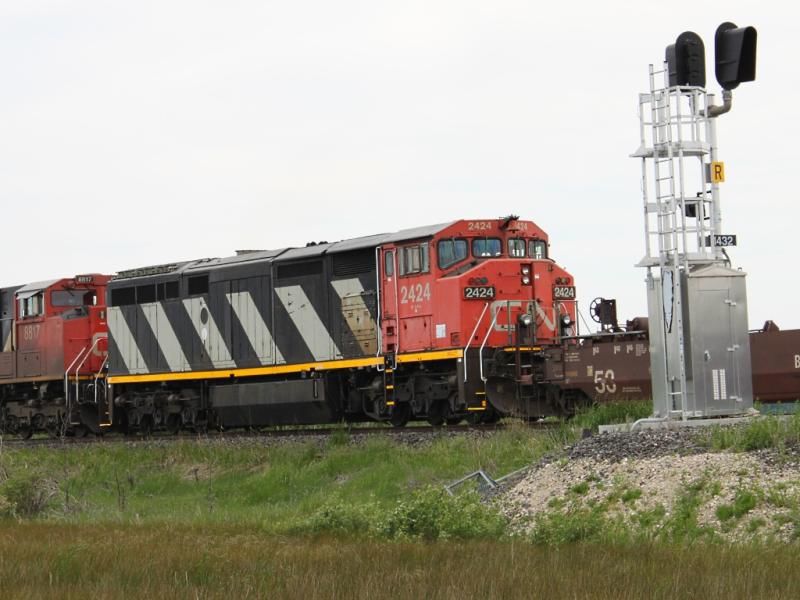 A&B Rail Services was hired as a general contractor by CN Rail to provide signals support services for the  Ruel, Caramat, Allanwater, and Reddit Subdivisions in Northern Ontario.

A satisfied client and another quality project completed. This enormous project is a prime example of A&B Rail Services expertise, capabilities, and commitment to Doing It Right. As the safety of our team, our client, and the public has always been A&B Rail Services’ number one priority, procedures and systems were put in place to ensure all goals and safety standards were met. For CN Rail’s Ruel, Caramat, Allanwater, and Reddit Subdivision, the successful completion of these additions and upgrades meant that the subdivision now had 750 ground enhancers protecting thousands of dollars of CN equipment. Northern Ontario is prone to increased equipment failure attributed to electrical storms in the summer months. These equipment failures create maintenance trouble calls, large budgetary overruns and ultimately train delays. Work completed by A&B Rail Services was integral in the reduction of these occurrences resulting in a vast reduction in trouble calls which directly reduced maintenance costs and train delays. Upon the successful completion of this project, 2 additional A&B Rail Services crews were hired to install enhancers on CN Rail’s Caramat, Allanwater, and Reddit subdivisions. In total, approximately seven hundred-fifty (750) ground enhancers were installed during the length of the project.